Home » Who Pays To Pick Up The Pieces When It All Falls Down?
Previous Next

On October 12, 2019, the half-built Hard Rock Hotel in New Orleans, Louisiana pancaked from the top down, injuring many workers on the project and killing three. Surprisingly, not everyone involved in the $85 million hotel project was surprised about the structure’s collapse. Images of the hotel under construction both before and after the collapse have surfaced, causing speculation of contractor shortcuts that potentially contributed to the fatal collapse.

Numerous workers on the project have come forward stating that they had expressed concern over the structure as it was being built. After the collapse, a video taken by a worker on the project was shared on social media. The video appears to show a concrete slab above one of the top floors of the structure sagging, causing the shoring jacks intended to temporarily support the concrete slab to bend. In the narration behind the video, the worker notes “large stretches” between shoring jacks, “huge spaces without beams,” and beams that were bent and “at the point of breaking.” Other workers on the project have come out expressing their agreeance with the issues the video appears to evidence, stating that during the process of removing the shoring jacks, the load on the remaining jacks increased with each jack they removed, ultimately bending the jacks. However, when they tried to tell the contractor to stop, workers were purportedly told to keep going.

Other speculations have arisen, including claims that changes made to the design during construction contributed to the collapse, as well as claims that contractors failed to properly install the metal pan the concrete was poured into for the structure’s floors, alleging that these metal sheets were intended to overlap, but that the corrugated metal decking along the edge of the structure above North Rampart Street was instead installed perpendicularly, potentially contributing to the collapse (the structure collapsed over the streets of Canal and North Rampart).

Professionals in the construction industry not involved in the hotel project have also weighed in on potential causes of the fatal collapse. One such professional pointed to the old, 3000 pound scissor lifts, explaining that the weight of these lifts could have caused a concrete floor to fail, if that floor was supported solely by shoring jacks, instead of beams that would better distribute the weight. Once one section of flooring on the top levels of the structure failed the weight of the falling lift and concrete would cause the floors below to collapse, buckling columns and pulling adjacent portions of the structure down as well. Calculations based on project drawings and specs from the manufacturer of the steel decking have purportedly shown that the design of the concrete floor system was pushing the structural limits of the product’s capability, leaving little tolerance for error.

Other professionals have pointed to the difference in the size and spacing of the beams on the top two floors of the structure, compared to the stronger, more closely spaced beams on lower floors. Photos of the project site appear to show that the beams supporting the edges of the top two floors did not extend far enough into the building to provide proper structural support. However, some professionals have made a point to raise caution to those individuals inclined to rely upon the impressions and accounts of workers on the project and other outside professionals weighing in on the cause of the collapse. While everyone seems to have reached their own conclusions as to what issues ultimately caused this devastating collapse, top experts who worked on the 9/11 World Trade Center collapse and the 1995 Oklahoma City bombing have been engaged to assess the collapse of the Hard Rock Hotel, and will eventually provide their own determination as to the cause of the structure’s collapse.

While the definitive cause of the collapse as yet to be determined, an important question that has been lost in the background of this fatal event is who pays to pick up all the pieces once it all falls down?

The collapse of the Hard Rock Hotel cost New Orleans taxpayers an estimated $6 million in the first two weeks following the collapse. This includes costs estimated at $1.9 million to employ emergency workers, $1.2 million to make repairs to damages caused to North Rampart Street, and $875K to make repairs to infrastructure destroyed by the collapse. Additionally, the city of New Orleans and the owners and insurers of the structure have incurred costs in the amount of $5 million to implode the construction cranes, with lawsuits and other expenditures inevitably to come. Further costs to the city of New Orleans also remain uncertain, including lost sales tax revenue and fuel costs.  Read the Times Piscayne article .

Unfortunately, there is no guarantee that the city will ever be repaid for these necessary expenditures, which necessitated the city’s use of surplus funds from police and fire departments. It is unlikely that liability insurance will cover the full cost of what is owed by the responsible parties. To further complicate the matter, in the event the owner of the structure and other responsible parties declare bankruptcy, the city would more than likely become an unsecured creditor to any bankruptcy proceeding, resulting in taxpayers recovering only a small portion of the costs the city has incurred. However, representatives of the city of New Orleans have made it clear that they intend to hold the parties responsible for this devastating event responsible for these associated costs, stating that the city has not ruled out the possibility of a lawsuit to recoup such reimbursement. Shipman & Wright has been litigating complex construction cases for almost 40 years. Find out more here. 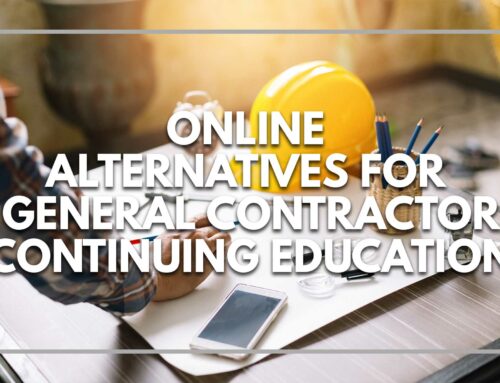